US Government provides IT equipment to Ukrainian Armed Forces 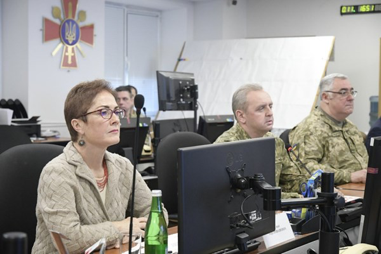 The press service of the General Staff of the Armed Forces of Ukraine reported that its personnel hosted a presentation as part of the United States government’s program which intends to provide support to the technology-based solutions of the Ukrainian Armed Forces.

“The equipment that is installed today should become the core of the control system that is being implemented in the Armed Forces of Ukraine,” noted Muzhenko.

Ukraine plans to equip the Cybersecurity Incident Response Center, the Operational Control and Monitoring Center of the Joint Operational Headquarters and the Main Command Center of the Armed Forces of Ukraine. The program also includes the creation of logistic and medical information systems cores, technology solutions for the Special Operations Forces, the modernization of the IT infrastructure to ensure the functioning of the above-mentioned systems and personnel training.

“This assistance will contribute to the Armed Forces of Ukraine acquiring compatibility with NATO, and will also enable Ukrainian units to better prepare for the current challenges in the east of Ukraine,” said Ambassador Jovanovic.

Previously, the Commander-in-Chief of the U.S. Armed Forces in Europe, General of the U.S. Army, Curtis Scaparrotti announced that the United States intends to provide Ukraine with new types of weapons.